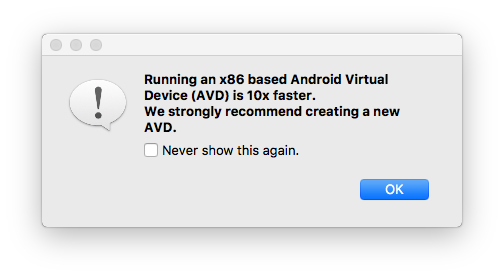 Have you ever seen this info when you start debugging your Android Application on Mac? 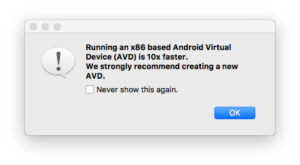 But when you create a new AVD you are not able to select x86 because only “ARM” is shown in the CPU-List?

If so, check whether the x86 system image for the selected Android Version is locally available. In Xamarin Studio (or also Visual Studio) go to “Tools” -> “SDK Manager” (under “Android” topic). Go the Android Version you want to use (for example Android 4.0.3) and check whether “Intel x86 Atom System Image” is installed.

If not yet done, tick the checkbox and click “Install” at the lower right. The system image will be downloaded. Once it’s done, you should be able to create new AVDs for the selected Android Version on x86 CPU.